Akhil Akkineni will have to complete the shoot of ‘Most Eligible Bachelor, which is in the final stages of production. Surender Reddy’s film is expected to start rolling from December.

Touted to be a spy thriller, this action drama will be shot in foreign locations extensively. The other cast and crew have not yet been finalized. 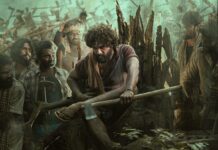