Nani and Ram have to wait for Christmas 2020!

Nani and Sudheer Babu starrer ‘V’ and Ram’s ‘Red’ have stuck at labs due to COVID19 and both the films are waiting for theaters to get reopened. The films were originally scheduled for March and April release.

If the theaters resume the operations during the Dussera period, both the films may seize the opportunity. If corona cases continue to show no decline, then they will wait for Christmas.

Nithin’s ‘Rang De’ and Akhil’s ‘Most Eligible Bachelor’ have already booked Sankranthi 2021 slot. Hence, these films can only release during Christmas if the Dussera period doesn’t allow theaters to be back in the business.

Both Ram and Nani have rejected the direct digital release proposals. ‘Red’ received a whopping Rs 20 direct OTT offer from a streaming company but Ram said his film is meant for theatrical release only.

Similarly, producer Dil Raju also backed off from going ahead with the OTT deal after considering other calculations. 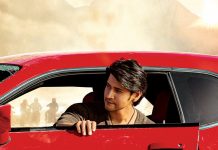 NTR to develop a farmhouse in Shankarpally

Ishq Review: Not an engaging story